We are in service with the purpose to protect, taking the utmost pride in our performance and with the passion to continue our legacy of excellence. United in the spirit of teamwork and respect, the Moraine Police Department will be a trustworthy community-minded organization devoted to providing excellent public service.

The Moraine Police Division offers a security check program for residents who will be away from home. If any problems are found, you will be contacted. We will try to assist taking care of any problems while you are away.

Traffic School Program was created to allows violators who have received a traffic ticket but are otherwise good drivers to attend. Successful graduates have the traffic ticket dismissed, no fine to pay, no points on your driver’s license and no raise in insurance premiums.

Our Self Defense programs consists of several weeks of self-defense training including personal protection techniques and general crime prevention methods.

Our Records Section is responsible for processing and organizing all records generated by the police division including miscellaneous reports, criminal reports, evidentuary photos and traffic accident reports.

The Patrol Section is responsible for handling calls placed to the communications center, traffic enforcement, criminal apprehensions, and other ancillary services.

Our Special Assignments Section is responsible for the successful conclusion of all criminal prosecutions, crime prevention activities, undercover operations, and investigation of crimes.

Our goal is to foster relationships through our community outreach programs.

Parents Who Host, Lose The Most

For most parents, raising teenagers is a fun, challenging and sometimes downright scary proposition. But now, in Dayton’s southern neighborhoods, […]

The Moraine Police Division holds an annual awards ceremony to recognize outstanding performance of our police officers. The 2019 winners […] 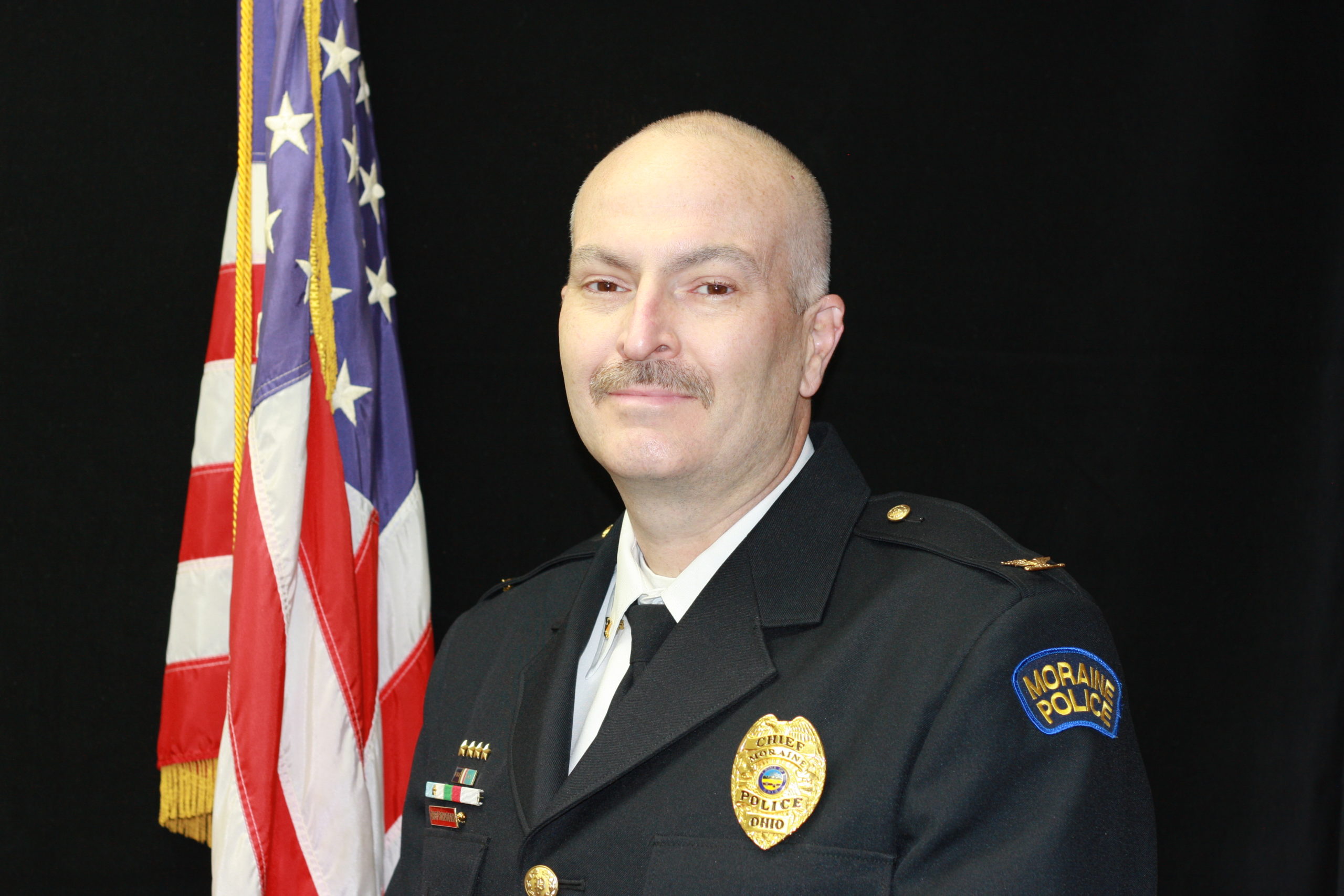 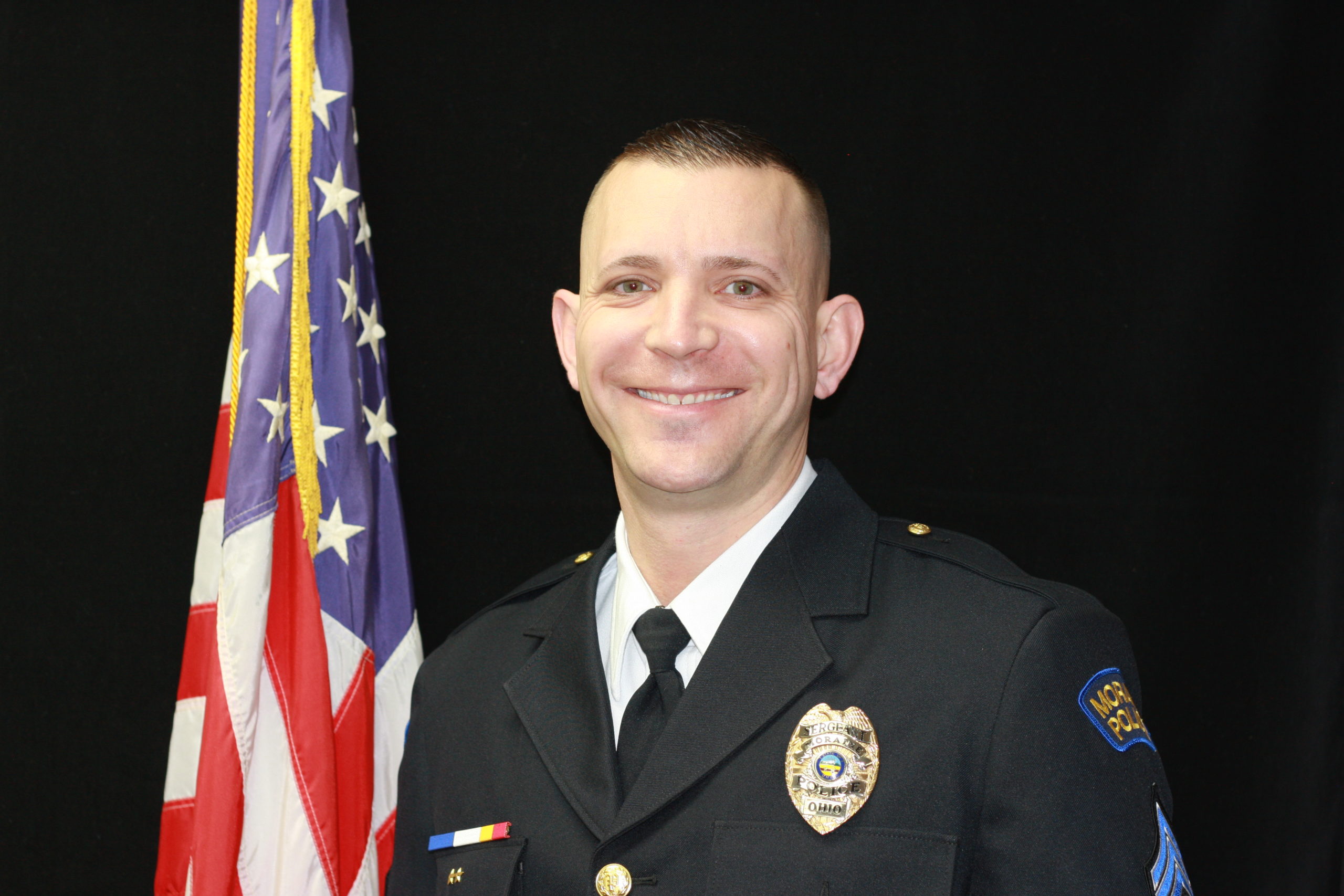 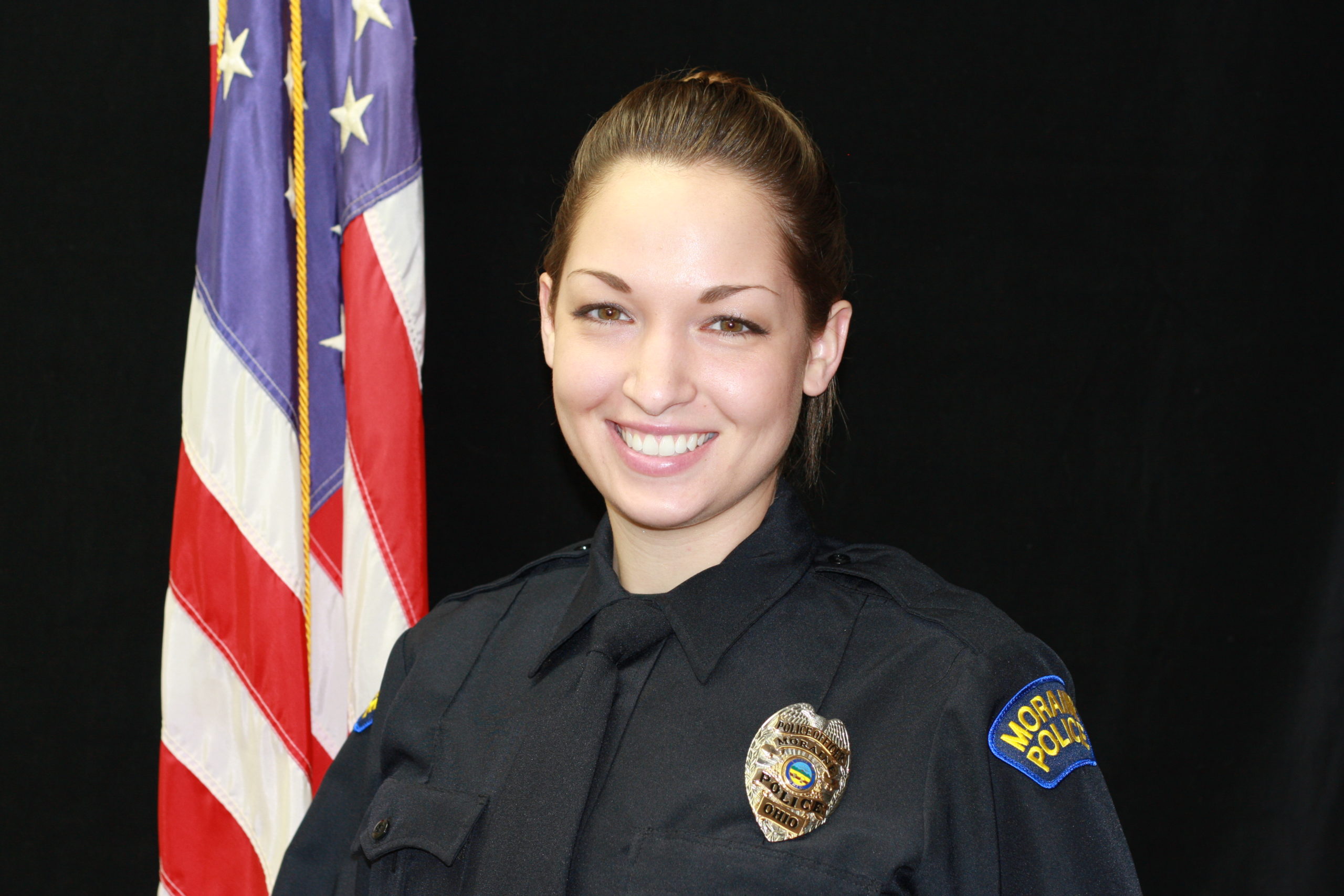 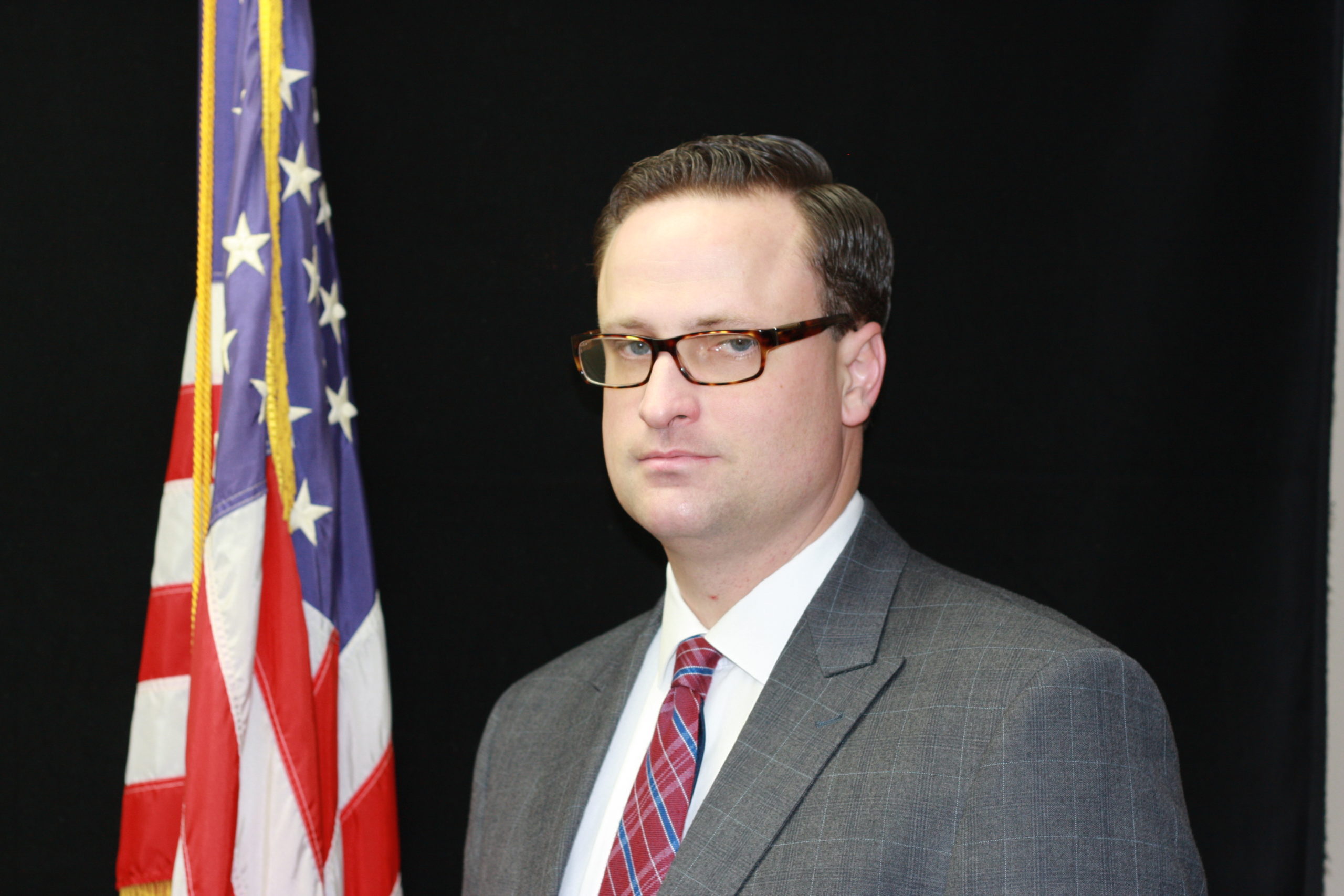 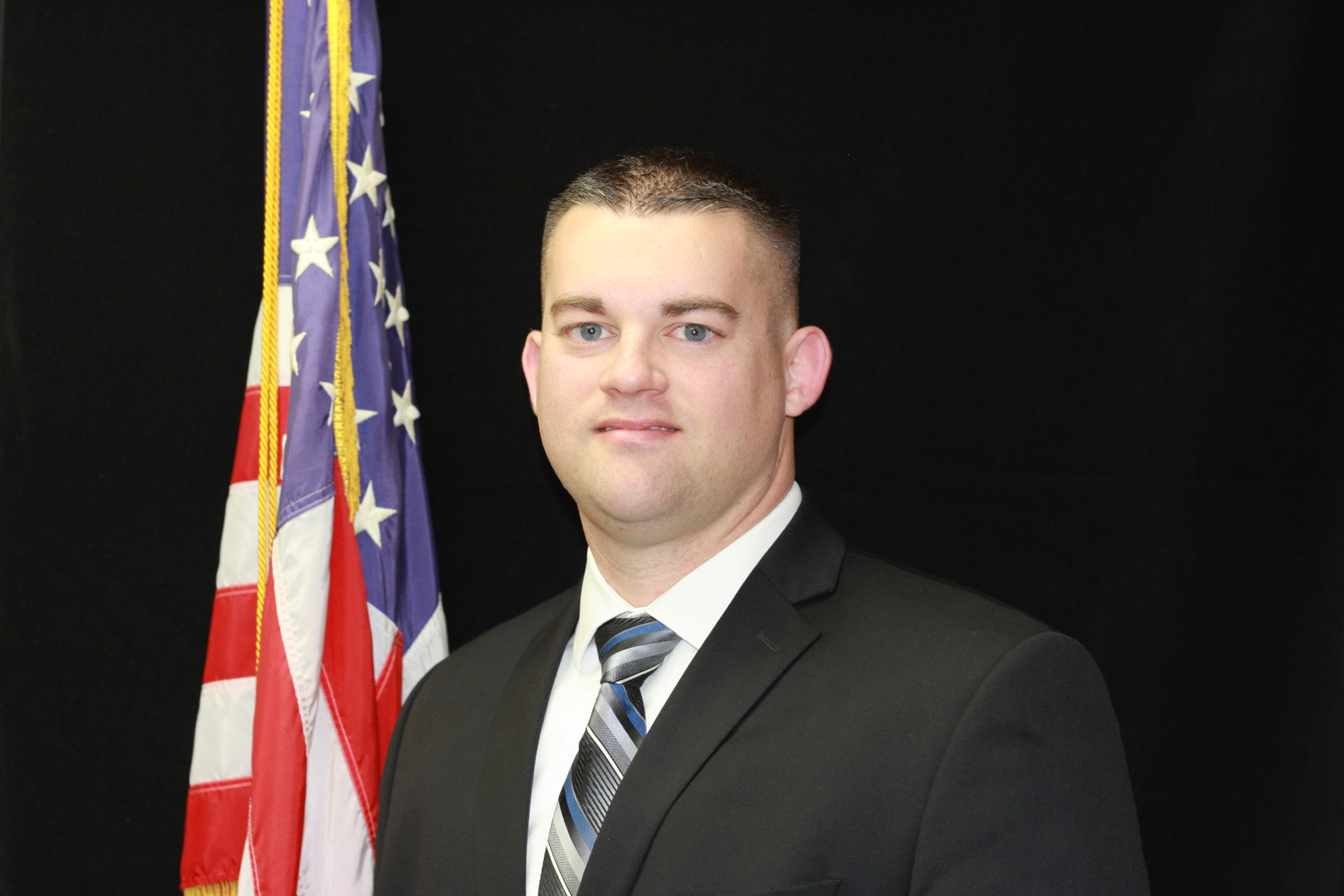 We would like to thank Fuyao Glass America for their generous donation this morning. Each city employee will receive one turkey for Thanksgiving. We appreciate your support and continued partnership. ... See MoreSee Less

It is much appreciated that Fuyao gives our city these turkeys. Thank you for your donation.

Thank you for your service we got a awesome police 👮 department

Thank you for your service! 🇺🇸🇺🇸🇺🇸

Thank you all for your service!

Happy veterans! Thank you for continuing to serve!

Thank you all for your service to our country and community!

Thank you all for your sevice

Happy Veterans day and thank you for your service and your service every day. God bless you and keep all of you safe.🇺🇸🇺🇸🇺🇸🇺🇸

Thank you all for your service

Congratulations Too You all. And Thank You For Your Service.

Happy Veterans day and thank you for your service

Thank you gentlemen for your past, and continued service. We all greatly appreciate all you do🇺🇸

Thank you for all you do. Have a great day

Happy Veterans Day! Thank you for your service!

Happy Veterans Day! Thank you for your service and all you continue to do 🙂

Happy Veterans Day Officers, thank you for your service both military and LE. 🇺🇸🇺🇸🇺🇸💙💙💙

Thank You for your service and for continuing to serve. 🙏 Have a safe day!

The Moraine Police Department would like to thank all the veterans who have served. Happy Veterans Day ! ... See MoreSee Less

We would like to congratulate Dispatcher Cody Allen for being named the Employee of the Month for October. Cody is a very selfless and hard-working member of our division and we greatly appreciate his dedication. Congrats Cody! ... See MoreSee Less

Thank you for your dedicated service. 💙

Congratulations Officer Allen, be safe out there 💙💙

Awesome!! Congratulations!! Cody Allen, Thank You for your Service To Our community.

Congratulations❤ Thank you for your services Cody.

Your amazing 🤩. Congratulations 🎉🎊 so very proud of all you do. Love you.

Thank you for coming out to our neighborhood. My kids always love seeing the police!

MPD Officers had a great time passing out candy to the community. Everyone had awesome costumes! Happy Halloween! 🎃 ... See MoreSee Less

Big thanks to Faith And Friends Radio for awarding the Moraine Police Dept with their High Five for Heros award this week. What a great surprise! Thank you for the recognition and the treats. And thanks to our resident who nominated us for the award. ... See MoreSee Less

Congratulations the department deserves this award

Way to go. Congratulations to all those officers. Thank you for keeping us safe.

On Friday, October 15, 2021, the Grand Jury for the Montgomery County Common Pleas Court indicted a Cleveland, Ohio-area man , 25 year-old Malik Perkins Terriss Williams, on one (1) count of Rape (<13), a felony of the 1st degree. Williams is currently incarcerated in the Montgomery County Jail pending court action.

On Wednesday, October 6, 2021, detectives from the Moraine Police Department traveled to the Cleveland area, where with the help of local law enforcement they arrested Williams on an active arrest warrant issued in this case.

Earlier in July of this year our officers and detectives began investigating allegations of the sexual assault of a minor child at a Moraine residence. At that time the suspect was reported to have initiated contact with the minor victim over an online gaming platform. The suspect continued to groom the child on social media until the victim provided him with their residential address. The suspect then traveled to the child’s home where he perpetuated the crime.

Moraine Detectives spent weeks collecting and searching through records and forensic evidence critical to the case; and with the help of criminal analysts from the Ohio Bureau of Criminal Investigation, crucial evidence was preserved and the suspect, Malik Perkins-Terris Williams, a registered Tier-1 Sex Offender in Ohio, was positively identified.

While this was an awful crime against a child victim, the Moraine Police Department is grateful that justice has a chance to be served in this case. ... See MoreSee Less

Good! keep the trash out of moraine.

Hope he gets lifetime prison. Thank you for enforcing the law on this pedophile.

Great job, he deserves it, and then some!!!

Rot in hell you sob

Thank you to the Moraine Police Dept!!

UPDATE: Thanks to some very quick responses, we have identified this subject!

Well who is it

Says they id him

Use this contact form to let us know about community programs, crime tips or even to just give to say thanks.

Drop Us a Message.